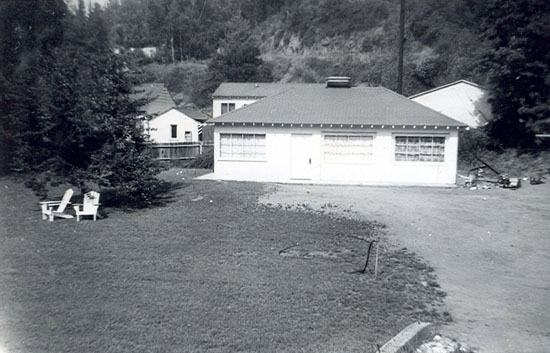 The Christiansens moved to Highland in 1918 from Olmstead, Utah, where he worked at the power plant and did the same while living in Highland (#68 on the 1958 Highland map) and later while living in Pleasant Grove. Martin was born October 13, 1884, in Pleasant Grove, Utah, to Carl Fredrick Wilhelm and Maria Mary Fredrickson Anderson Christiansen. Ane was born December 29, 1884, in Aarhus, Denmark, to John Guldbran and Ane Marie Dorthea Johnsen.

Martin served a mission to Sweden from November, 1908, to January, 1911, having been set apart for the work by Heber J. Grant. He married Ane June 24, 1914, in the Salt Lake Temple. They had at least four children: Louise, Edna, John Martin and Mary.  In 1921 a barn filled with four and one half tons of hay burned after Martin had been burning the cheat grass around it. Having doused the fire with water he went to Lehi and when he looked back he could see the fire so he returned.  He discovered that the wind had fanned some errant sparks, setting his hay on fire.  Martin died April 18, 1964, in American Fork and Ane died April 7, 1970, in Orem.  They are buried in the Pleasant Grove City Cemetery. [Find a Grave] [Names in Stone]