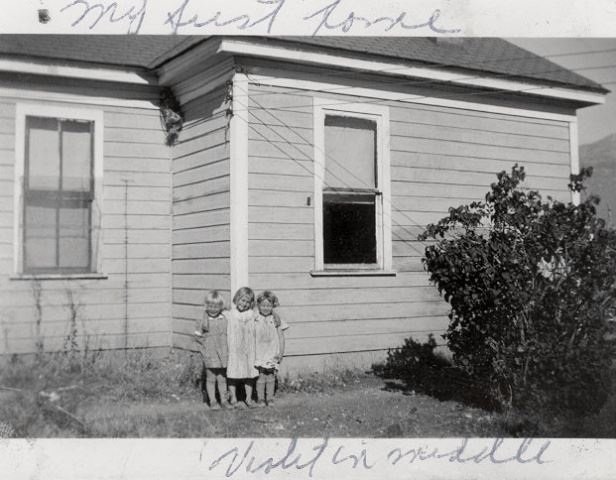 The 1910 Highland census had twenty-two Duffin family members, including three brothers: Brigham, Richard and Joseph, and Brigham's son, Brigham Jr., and their families.

Brigham and Harriet spent their early years in Arizona and Mexico where most of their children were born. Brigham was listed in both Highland (Number 83 on the 1958 Highland map) and Provo censuses in 1910 - In Highland with three children and in Provo with the same three plus five more of his children. 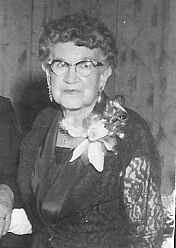 They were newlyweds when they moved to Highland - married August 31, 1909, in St. George, Utah. They were on the 1910 census for Highland. Brigham was born October 4, 1882, in Moenkopi, Arizona to Brigham Fielding and Harriet Lorine Gardner (q.v.). Laura was born August 22, 1885, in Toquerville, Utah Territory to William Augustus and his second wife, Susann Adams Steele Bringhurst (She was sister/half sister to the three Bringhurst half brothers (q.v.). They had three children: Ralph Bringhurst, Marie and Lucile.

They were living in Idaho Falls in 1920, then moved to California where they spent the rest of their lives. Laura died September 19, 1965, in West Covina, California and Brigham married Charlotte Helen Leeman September 23, 1967. He died December 11, 1977, in Inglewood, California and he and Laura are buried in the Inglewood Park Cemetery.

This is the third Duffin family that was in Highland for the 1910 census. Joseph was the younger brother of Brigham Sr., son of Isaac and Mary Fielding Duffin, born September 30, 1862. Mary was born in 1876 and she married Joseph August 14, 1894, in Toquerville, Utah Territory. In 1900 they lived in Harmony, Utah then moved to Highland by 1910. They had twelve children: Myrtle, Lynn Kelsey, Hyrum, Ivan, Inez, Roland Henry, James Albert, Delta, Pratt, Harold, LaPreal and Sherman Chinn. The later moved to Aberdeen, Idaho where they remained. Joseph died there March 17, 1942, and Mary died in 1960. They are buried in the Aberdeen Cemetery.

Myrtle appears as Assistant Secretary of the Sunday School in 1911. She was sixteen at the time and was an assistant to Clarence Greenland who was fifteen. The 1910 census showed her living in Highland with her parents, Joseph A. and Mary L. Chinn Duffin. She was born February 5, 1895, in New Harmony, Washington County, Utah. She married John Leslie Andreason September 17, 1913, in Salt Lake City and in 1920 they were living in Salt Lake with three children. She died February 19, 1931, in Salt Lake.

The fourth Duffin family was led by Richard, another brother of Brigham Sr., son of Isaac and Mary Fielding Duffin. Richard was born in Toquerville, Utah Territory November 23, 1866, and married Mary Elizabeth Bringhurst. She was a sister to his brother's wife and to three Bringhurst half brothers (q.v.). Mary was born August 21, 1875, in Toquerville, Utah Territory to William Augustus and his second wife, Susann Adams Steele Bringhurst.

They were married in 1892 and had five children: Lloyd Hyrum, Elva M., Lazell, Artie Susann and Eugene. They were in Highland at the 1910 census and aren't found in another census. Both died in Salt Lake City - Richard September 29, 1944, and Mary March 16, 1954. They are buried in the Salt Lake City Cemetery.