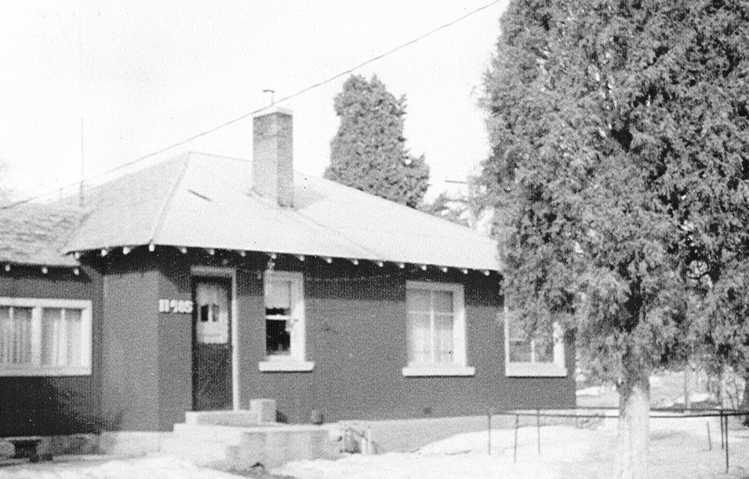 One of the most famous of Highland's mink ranchers, Alma Erekson, was also one of the earliest to discover that Highland was a great place to raise mink (contrary to what some of the neighbors may think about the odors).

The Erekson's moved to Highland with their mink in July, 1960, (Number 28 on the 1958 Highland map - interactive, larger - 11445 N 6000 W). Alma was born November 24, 1913, in Murray, Utah and attended schools there. He married Frances Penelope Rushton and had four children then they were divorced. He married Jeanne April 6, 1949, in Las Vegas, Nevada and their marriage was later solemnized in the Provo LDS Temple. They have a son, Tim who was born while they were living in Maryville, Missouri.

Alma was an outstanding leader and was well known within the mink ranching world. He served as president of the Emba Mink Association of America and Canada and marketing board chairman of the same; President of the Fur Breeders Co-op and on the board of directors; he was Mr. International at the mink show in Milwaukee in 1970 and fur man of the year in Utah in 1976. He judged mink shows in the U. S. and Europe and lectured on mink ranching and genetics in Canada, Europe and the U.S.

Jeanne was born January 17, 1921, in Gravity, Iowa to Clarence Edwin and Mary Emily Roberts Meredith. She attended high school in Bedford, Iowa then taught in a rural school there for two years. When WWII started she came to Salt Lake City and worked at the Radio Tube Plant, The Federal Reserve Bank and the Salt Lake Telephone Company. On May 10, 1957, she joined the LDS Church and worked in different organizations thereof, enjoying genealogy work the most.