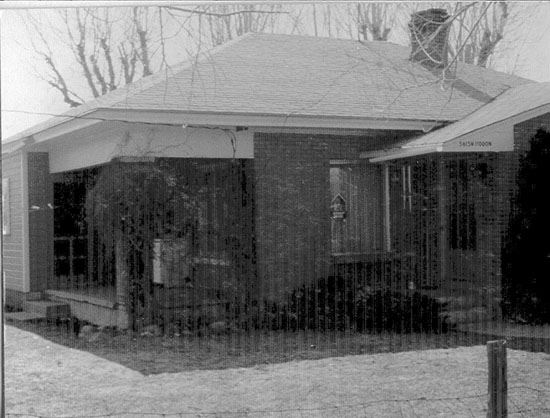 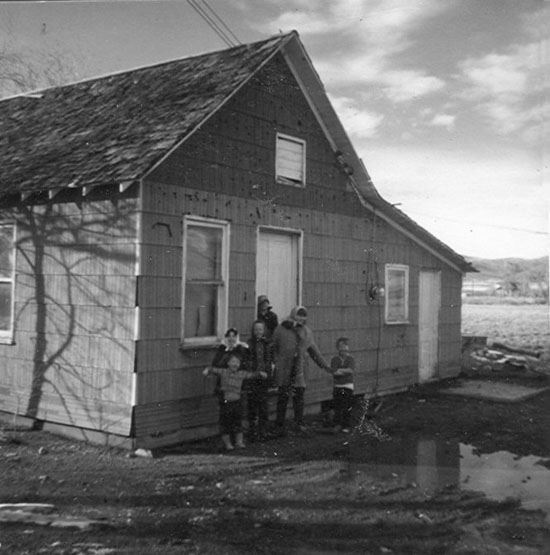 Hyrum was born December 21, 1879, in Salt Lake City, Utah Territory to Hyrum and Ann Elizabeth Maycock Groesbeck. His first wife was Helena Taylor Badger, daughter of Rodney Carlos and Harriet Ann Taylor Badger (daughter of Latter-day Saint President John Taylor) who was born January 16, 1884, in Salt Lake City. They were married July 2, 1908, and they had one child, Helen, who died in infancy, then Helena died October 9, 1911, while they were living in Ogden.

Lue Emma Stephenson was born August 19, 1883, in Holden, Utah Territory to Stephen Peter and Sarah Jane Stringham Stephenson. She married Hyrum on March 20, 1912, and they lived in Holden for approximately four years then moved to Roosevelt for about the same period, then moved to Highland in 1920. They lived at Number 40 and Number 63 (on the 1958 Highland map), where he dug a well with the aid of Alma Buhler. Hyrum and Lue had six children: Emma and Lue, twins, but Emma died the day she was born, Mac, Byron, Leslie and Paul-the last two born in Highland.

Both worked in the Sunday School organization for a number of years and on September 7, 1930, Hyrum was called to be a counselor to Bishop C. E. Harry Jerling. Only seven months later, April 18, 1931, he died suddenly. Lue remained in Highland for about ten years then moved away. She died March 3 1960.

Two of their children are notable: Lue was a well-known musician and teacher of music, a professor at Brigham Young University and a member of the Latter-day Saint Primary General Board. BYU houses a collection of her personal and professional papers and memorabilia. Her brother Mac served in the military as a pilot of a B-17 that was shot down over Milne Bay in Papua New Guinea in October or November, 1942. The bomber was not found until May of 2001 and his remains were returned and a funeral held in March of 2005. [Findagrave Memorial - Sgt. Mac S. Groesbeck]