When he was almost seventeen, in February, 1937, he burned their house to the ground. His mother was sick in bed, anticipating the birth of a child, and he was trying to get a fire going in a hurry. He placed a piece of a tire in the stove and it burned too hot, setting the ceiling on fire where the chimney exited the room. By the time the fire department arrived the house was engulfed. There was no water in the ditch anyway so they had to let it burn completely. He got his mother out through a window and they saved their bottled fruit by throwing it out into the snowdrifts without breaking a bottle. They moved into Boise Wells home (Number 76 on the 1958 Highland map) while they built a new basement home. After graduating from American Fork High, he joined the Navy and served on the Aircraft Carrier "Copahee" in the South Pacific for three years and was awarded the Bronze Star. He married Lucille Roundy and they had two children but later divorced. He then married Faye Fillmore who bore one child and they too divorced. He met and dated Pat Hamilton in 1947 but her parents didn't like him because he was a dirt farmer and a Latter-day Saint-they were Catholic. They went to Elko and got married on September 9, 1947. Clayton worked in American Fork Canyon in the mines with his cousin, Dave Strong. They lived in Sandy, building on a half acre lot where they had a garden, a pig, a cow and some chickens. They then bought a home in Highland (Number 29 on the 1958 Highland map) and moved there, later moved away then back.

Patricia was born March 27, 1926, in Ogden, Utah to Henry J. and Avis Geraldine Fish Hamilton and grew up in Salt Lake City. She attended school at St. Ann's, St. Mary's of the Wasatch, Judge Memorial and East High School. During WWII she was an overseas telephone operator. After the children were raised she worked at the Utah State Development Center for several years. They were sealed in the Logan Temple and had seven children. Clayton passed away July 29, 2009, in Lehi and Patricia died August 29, 2013, in American Fork. The elder brother of Oscar Hall (q.v.), his records came to Highland in 1925 but there were no records for Hannah. Herbert was born March 5, 1889, in Leota, Kansas to Edmund Estep and Anna Eliza Hurst Hall. Hannah was born January 31, 1896, in Millcreek, Utah to William Taylor and Henrietta W. Carlisle. Herbert served in the Army in WWI and when he registered in 1917 he was living in Alpine and was a sheepherder.

Herbert and Hannah were married January 16, 1918, and they had eight children: Wallace, Irene, Blaine, Etta, Donna, LaVal, Doris and Max. It is unknown how long or where they lived in Highland. In 1920 they lived in Salt Lake City and in 1930 they were in Sandy. Herbert died January 13, 1953, and Hannah died June 9, 1987, in Alpine and they are buried in the Elysian Burial Gardens. James was the son of Oscar and Nida Hall (q.v.) who built the home at Number 101 (on the 1958 Highland map). Jimmy was born September 5, 1925, in American Fork. When he registered for the draft in 1943 he was working for Howell Mining Co. He served in the Navy from November 29, 1943, until March 21, 1946.  Faye was born October 16, 1927 to Elmo and Eliza Carter.  Her mother died when she was three years old.  She met James while she was working in a diner as a teenager.   Jim and Faye were married September 20, 1946 and sealed in the Temple on April 5, 1955. They had three children: RaKell, James Van and David Kay.  James and David predeceased their parents.  Jim owned Lehi Air Conditioning & Sheet Metal, but after work enjoyed raising and training race horses.   Jim and Faye loved horse racing, fishing, camping and hunting.  Faye worked many years at the State Development Center.  After leaving Highland they lived in Spring City, UT, Wickenburg, AZ, Idaho Falls, ID and American Fork, UT.  The home they built was demolished in 2016.  James died March 24, 2019 and Faye followed on February 2, 2021.  They are buried in the American Fork City Cemetery.

Oscar is another "outsider" to Highland, having been born March 29, 1898, in Atchison, Kansas to Edmund Estep and Anna Eliza Hurst Hall, the youngest of sixteen children. His family converted to the Church of Jesus Christ of Latter-day Saints and moved to Alpine, Utah when he was twelve years old. 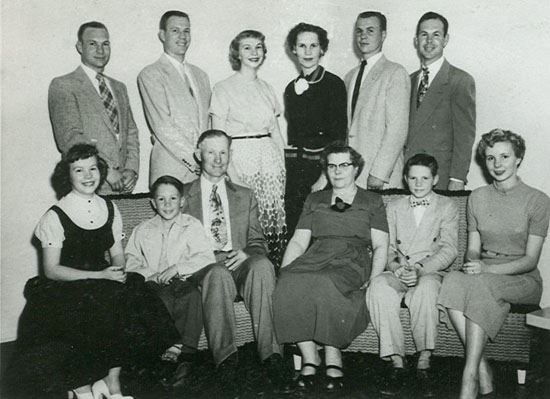 By contrast, Nida was home-grown, born in American Fork November 11, 1899, to David Hutchison and Jessie Diantha Myers Adamson (q.v.), eldest of their eleven children. She attended grade school in Highland and high school in American Fork.

Oscar and Nida were married June 18, 1919, in Salt Lake City and their reception was held in the Highland Church with music by Carter's Orchestra. They lived for a while in Highland (Number 98 on the 1958 Highland map), moved to Murray then to American Fork, then in 1926 they purchased their forty acre farm in Highland (Number 74 on the 1958 Highland map). They had eleven children: Clayton, Betty, Virginia, James, Junior, Alta, Ella Mae, Robert, Diantha, Jay and Keith. Virginia died at two days old. They were sealed in the Salt Lake Temple May 24, 1928. 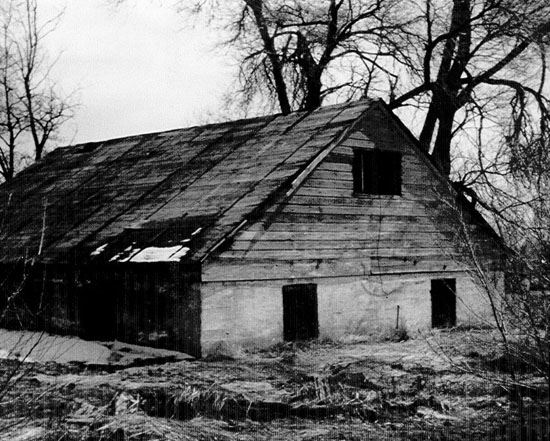 Nida was counselor in Relief Society and Primary, Relief Society teacher, temple worker and sang in the ward choir. She was employed for fifteen years as a dietitian and cook at the American Fork Hospital, was a member of the Daughters of the Utah Pioneers and the Ladies Literary Club. She wrote many short stories and poems.

Oscar and Nida worked together on the Highland Old Folks Committee for many years. His farm produced hay, grain and peas, which he took to the Eddington cannery pea viner next to his property. In addition to farming he worked for Utah Power & Light, for the Forest Service and used his carpenter training to help build Geneva Steel and schools and churches in the area. He was a member of the Deer Creek and Lehi Irrigation Companies and was instrumental in helping to get the culinary water for Highland. For a number of years he helped Evar Strasburg and Tom Binns plow the roads in winter after the famous Highland blizzards. Sometimes they would have to work around the clock to keep the roads open, using six-horse teams.

In later life they moved to American Fork and Oscar worked at the city cemetery and as animal control officer. His favorite pastime was to "go hunting, fishing and horseback riding with my sons and grandsons." Oscar passed away October 12, 1983, in American Fork and Nida followed on July 23, 1996.