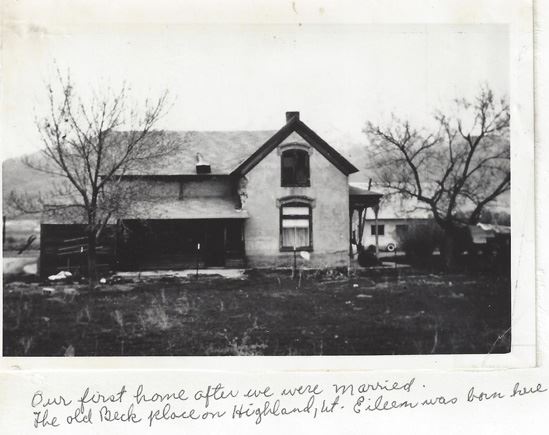 John was born May 8, 1883, to Stearns Bee and Elizabeth Jane Ellis Hatch in Woods Cross, Utah. He served a mission to Switzerland from 1905 to 1907 and upon his release went directly to Argentina where he had heard there was land just up for grabs. That didn't turn out to be exact but he loved the country and wanted to stay so he went back to Switzerland to retrieve Emma Werthmuller, with whom he had fallen in love on his mission. They went to Buenos Aires and were married October 18, 1907. She was born February 8, 1890, the daughter of John and Bertha Hasler Werthmuller. After their marriage they lived in Argentina for 3 years and then moved back to the States and Idaho, then to Highland in about 1919. They had eight children: John Lawrence, John Stearns, Irene, Bertha, Lillian, Ira and Lucille - John L., John S. (twins) and Irene died very young and another daughter was stillborn in Argentina. Emma died August 23, 1923. 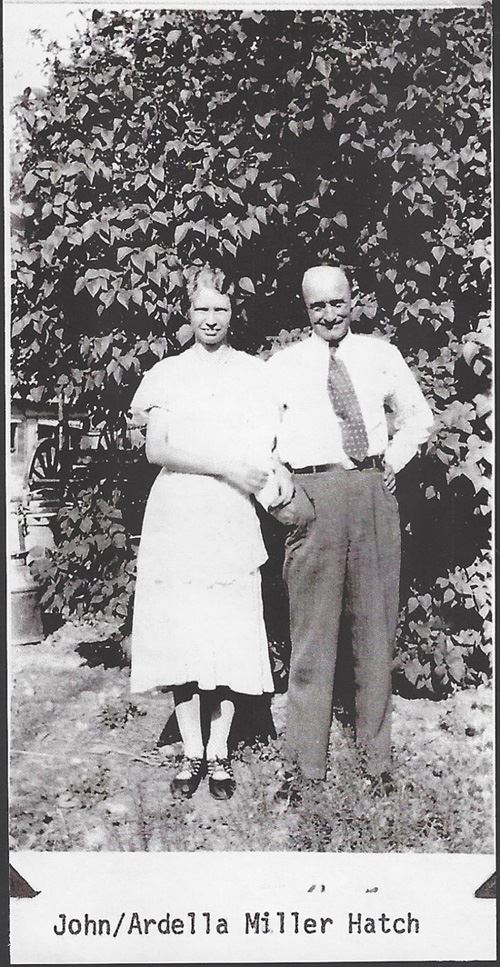 John married Ardella Hatch on November 5, 1924, her twentieth birthday. Dell, as she was known, was born November 5, 1904, in Magrath, Alberta Canada to Martin George and Emily Lavina Williams Miller (q.v.). Her family moved to Salt Lake City in 1910 and to Highland in 1918. They lived in Number 41 (on the 1958 Highland map) for two years and John farmed-mostly grain and hay, which they stored in a huge barn by means of a derrick and fork. He also ran a feed lot where other cattlemen brought their animals for the winter preparing them for market, which provided him with some income. He also grew a large garden and there was an orchard on the property as well. The home they lived in was built by Jacob Beck and it was called "The Mansion" because it was so large and beautiful. People came from miles around just to see it.

In the fall of 1926, John and Dell moved to Sugar House for the winter, then moved to Woods Cross and in 1941 to Payette, Idaho and eventually to Weiser, Idaho, where they raised their family of ten children: Eileen, Dorothy, Carol, Geneve, Margie, JoAnn, Lawrence, Emily, Donna, and John. John died July 3, 1975, and Dell died March 6, 1995, in Weiser, Idaho.