William and Elizabeth Walquist Mattock Hobbs came to America in 1902, moved to Highland in 1908 and built (Number 2 on the 1958 Highland map). William was born February 2, 1863, in Herefordshire, England to Alfred and Hannah Hobbs. Elizabeth was born January 6, 1861, in Arnold, Nottinghamshire, England to George and Sarah Broadbury Walquist. She married Wright Mattock in 1883 and they had two children and he died in 1887. She married William Hobbs in 1889. In the England census of 1901 they were living in Arnold with five children: William, Bertha, Clara, Flora and Wilfred. Their daughter, Bertha, born October 9, 1891, married Charles Nephi Greenland, son of Charles T. and Rachel Greenland (q.v.).

William was hired by Rufus Stice to operate his farm while he was away working on the railroad. Elizabeth died December 29, 1913, and William married Mary Ann Palmer December 3, 1919. In the 1930 census William was living alone, still in Highland. He died October 3, 1933, and is buried in the American Fork City Cemetery. 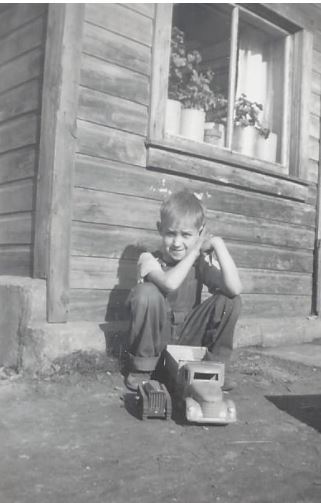