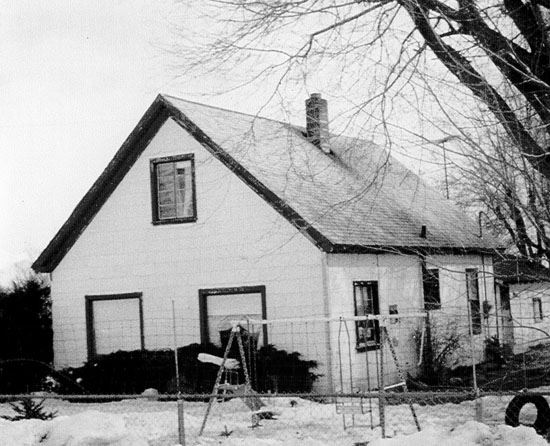 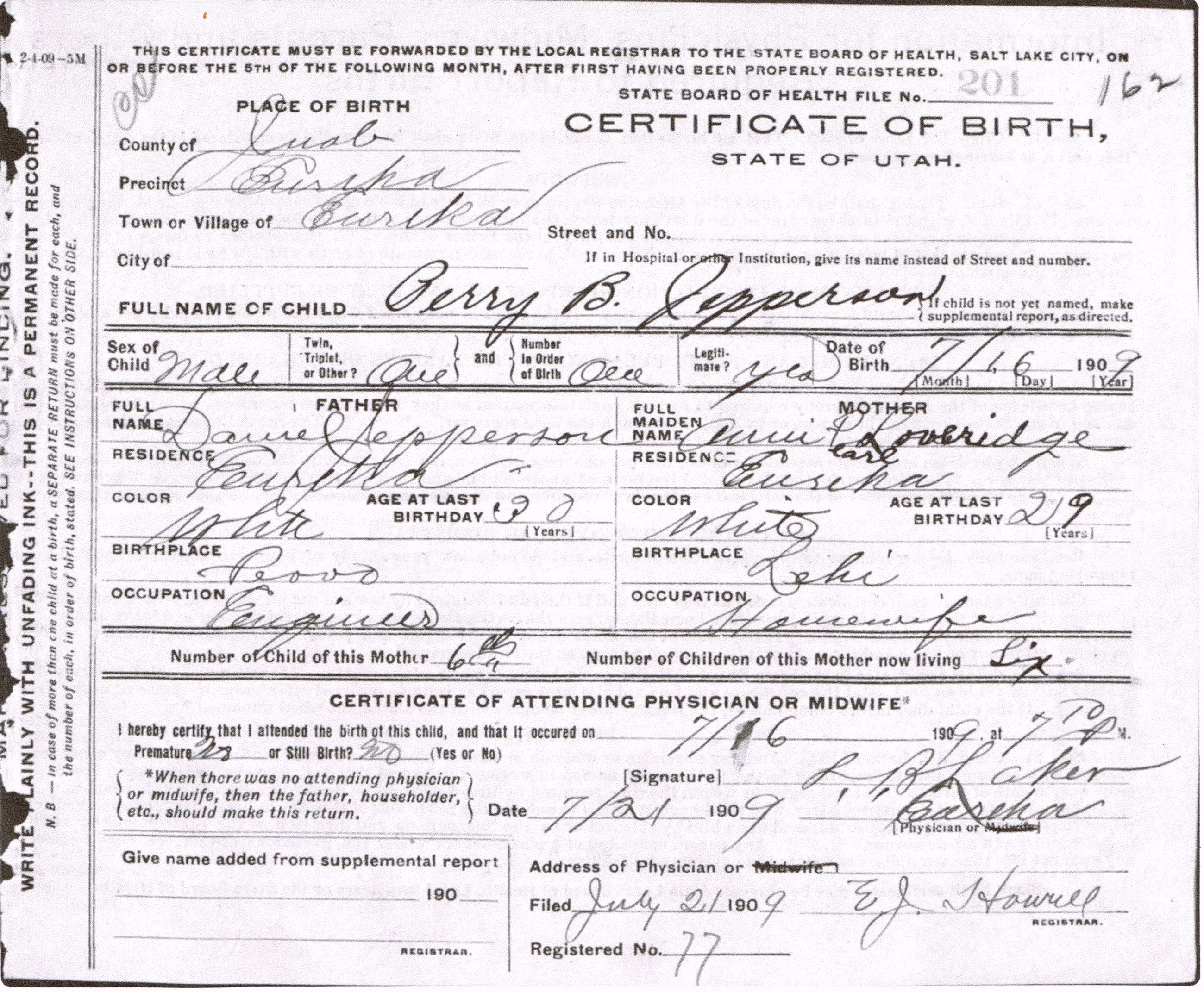 Perry was born in Eureka, Utah on July 16, 1909, to Daniel and Annie Pearl Loveridge Jepperson, the sixth of their ten children. He attended the Vineyard School and graduated from Lincoln High School in 1928. He worked at the Bingham Copper Mines from 1929 to 1931, when he returned home to serve a mission but contracted typhoid fever which took all the money he had saved for his mission. After recovery he went to Harlem, Montana and worked on the farm of Alfred Watkins for two years. Returning to Utah, he worked on a dairy farm owned by Henry Williamson who had a housekeeper named Verda Brown. The two were married May 10, 1937, in Lake Shore, Utah.

Verda was born January 15, 1917, in Orderville, Utah to Rex Rolland and Arletta Esplin Brown, and had one brother and three sisters. They moved to Fredonia, Arizona where her father was a deputy sheriff and she attended school there until she was twelve then they moved to Springville, Utah. She later graduated from Spanish Fork High School.

After their marriage they lived in Provo and Perry worked at Pacific States Cast Iron Pipe Co. while attending Utah Tech taking courses in molding and core making. He then worked at Backman Foundry and Pierpont Foundry - eight hours each day at each place until the depression caused layoffs and he was unemployed. He worked on the fruit farm of Darwin Lunceford for $1 per day and free rent in a two room home with no water. They built a home on acreage given to him by his mother in Orem and their son Ivan was born January 24, 1938. Almost nine years later, January 18, 1947, Ivan was killed in an exploding stove accident in their kitchen. They later adopted Garth, who was born October 9, 1949, in San Francisco, California. 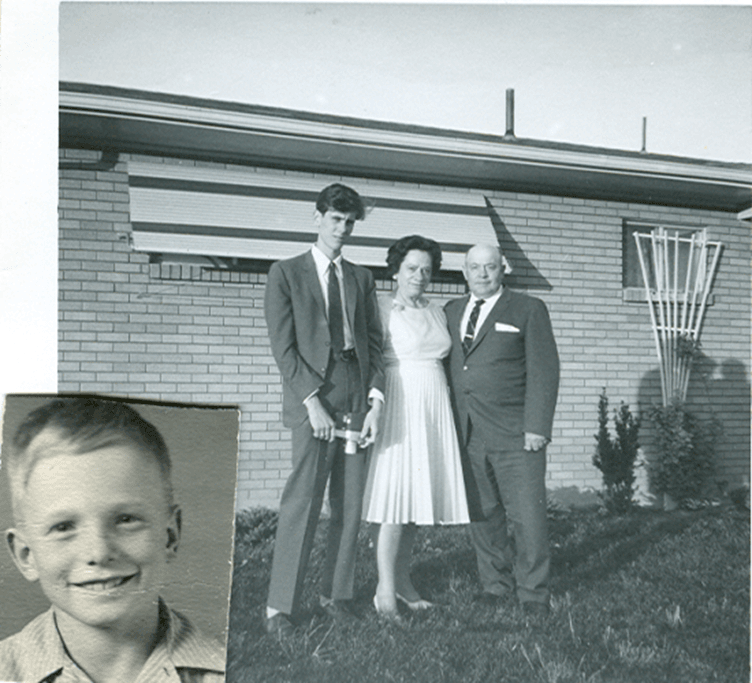 Perry went to work for U.S. Steel in 1940 at the Ironton plant, then transferred to Geneva Steel where he worked until retirement in 1959. In 1951 they purchased a home on eleven acres of land in Highland (Number 9 on the 1958 Highland map). He farmed and continued to work at Geneva until 1959 when he began raising mink, starting with a dozen of his own and 56 rented ones. He soon had 250 female mink and retired from his job to commit full time to them.

That same year he was sustained as Counselor to Bishop Merlin Larson in the Highland Ward where he served along with Glen Strasburg until November, 1966. The Church was an important part of his life, as he served in many capacities - as Counselor in the YMMIA, Sr. Aaronic leader, Presidency of a Seventies Quorum and High Priest Group Leader. He was also instrumental in getting the culinary water system built in Highland and served on its board of directors for thirteen years.

Verda served the Church in many capacities also: Relief Society President in 1955 with Leah Wagstaff as counselor and Maud Greenland as secretary, and counselor, visiting teacher, Primary Guide Patrol Leader, Sunday School Secretary and Ward Librarian. They were sealed in the Salt Lake Temple on June 27, 1955. In 1974 they were called to serve a mission together to the Holbrook, Arizona mission in Many Farms, Arizona, where they taught the Navajo to farm the desert. They also served as ordinance workers in the Provo Temple for two years.