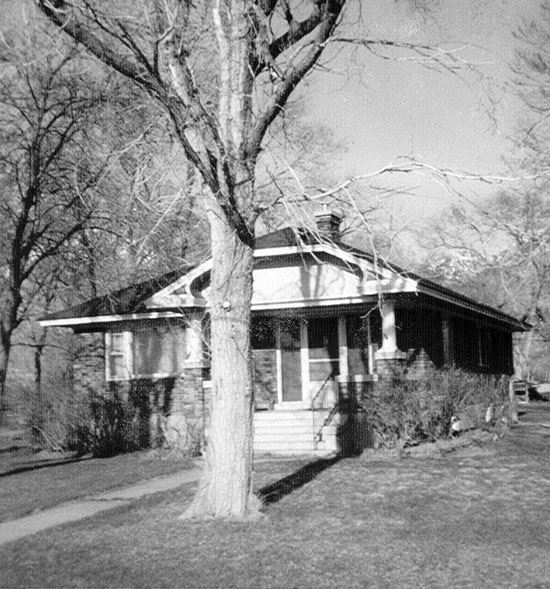 The Jerling family came to Highland from a great distance when Harry was but nine years old. He was born October 9, 1899, in Vastra, Vingaker, Sodermanlands, Sweden to Emil Alexander and Emma Marie Pearson Jerling and came to America to Salt Lake City for a while then moved to Highland (Number 57 on the 1958 Highland map) in 1908. Harry attended schools in Highland and American Fork. His parents encouraged him to take care of their business affairs at an early age because he spoke English better than they did. He attended USAC (Utah State Agricultural College - Now USU) in Logan for a while. 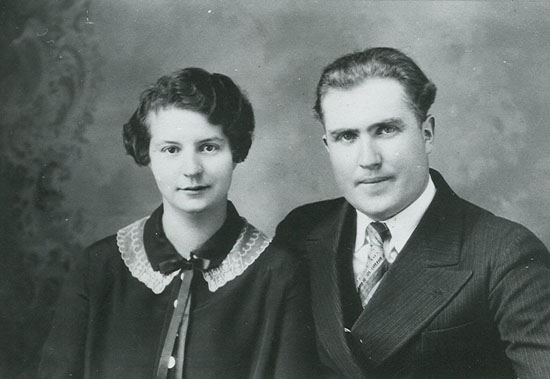 Velma was born December 5, 1901, in Lehi, Utah to John William and Rachel Evans Wing. Harry met her at a dance following a high school basketball game in American Fork. They began dating in 1923 right before she served a mission to the Hawaiian Islands. When she returned they were married September 22, 1926, in the Salt Lake Temple. The lived in Lehi for a while, then Harry's mother became ill so they moved in with his parents (#57) until after his mother passed away on April 21, 1928. They then moved to a new home they built across the street (Number 62 on the 1958 Highland map) on a farm where he raised chickens, hogs, sheep, field crops and an orchard with a variety of fruits, especially sweet and sour cherries and apricots. Lacking irrigation water for really good crops, Harry became a board member of the Lehi Irrigation and the Highland Conservation District and worked closely with Senator Arthur Watkins and O. C. Day in getting Deer Creek water for Highland. They had two children: Rae Marie, born in 1927 in Lehi and Carl, born in 1930 in Highland. When Carl was ten years old he was hit by an automobile on the Alpine Highway in front of their home and it was necessary to amputate his leg and he died of the shock on Sept 21, 1940. 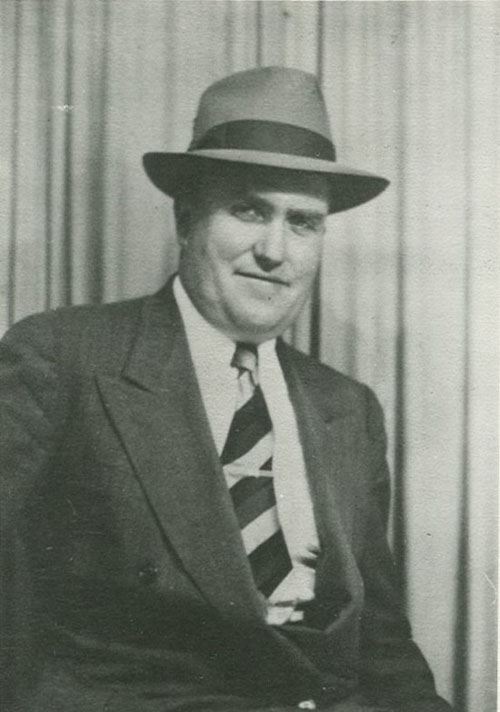 Harry was called as a counselor to Bishop William S. Greenwood on June 10, 1928 and set apart by Joseph Fielding Smith. On September 7, 1930 Bishop Greenwood was released and Harry was ordained Bishop by President Heber J. Grant, who attended the meeting in the Highland Ward on that day. During his fifteen years as bishop he had a number of counselors - all great men: Hyrum Groesbeck, Ray L. Alston, Stephen F. Beck, Kenneth White, E. O. Maxfield, William T. Hyde III, J. LeGrand Adamson and David Strasburg. His time as bishop was during the depression and WWII and he served well, taking coal and other needs to those in need in his pickup truck. He had a tender heart and he hurt for those who were suffering.

Harry's father passed away in January of 1942, and although his own health was failing, he continued to carry a heavy workload with his farm and his church responsibilities. He was released October 21, 1945, and J. LeGrand Adamson took his place with David Strasburg and Leonard Hyde as his counselors. Harry then served as chairman of the Stake Genealogical Committee until his death of kidney failure on November 10, 1947, shortly after his 48th birthday.

After his passing Velma sold the farm and went to work at the Utah State Training School in American Fork. She also attended BYU and earned her bachelor's degree in 1963. She passed away April 5, 1988, in Lehi. 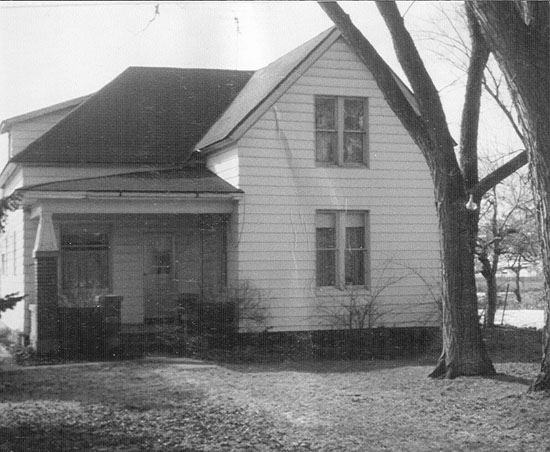 Emil was born in Vingaker, Sodermanlands, Sweden to Anders Gustaf Cornelius and Johanna Marie Janson Jerling on March 3, 1870. Emma Marie was born December 11, 1869, also in Vingaker, daughter of Pehr Larson and Anna Catarina Persson. They were married March 6, 1898, in Sweden. They lived in comfortable circumstances in Sweden as Emil was a brick mason and Marie was a dressmaker. Marie had lived in the U.S. for several years, working in Chicago. She returned to Sweden to marry her long-time sweetheart. In about 1906, they left Sweden with a group of friends who had all joined the Chruch of Jesus Christ of Latter-day Saints church, although Emil wasn't baptized until 1926 in Highland. They first settled in Salt Lake City then moved to Highland in 1908 (Number 57 on the 1958 Highland map). They had one child, a son Carl Emil Harry (q.v.) who was born before they came to America. He became Bishop of Highland on September 7, 1930.

Emil worked hard to establish a good farm on the dry, rocky land. More than once he was heard to say: "Why did I leave my beautiful Sweden and move to this rock pile?" He also worked in the mines in American Fork Canyon while trying to establish themselves in their new community.

Marie became ill with cancer and she was to have surgery to remove it from her stomach. Prior to the surgery she realized a long cherished desire to be sealed in the temple to her beloved Emil. She did not survive the surgery, passing away on April 21, 1928. Emil lived alone for four years then married Marie's sister, Ellen Christina on October 10, 1932. Emil's health began to fail in 1940 and he died January 15, 1942. Ellen died in 1980 at 102 years of age.