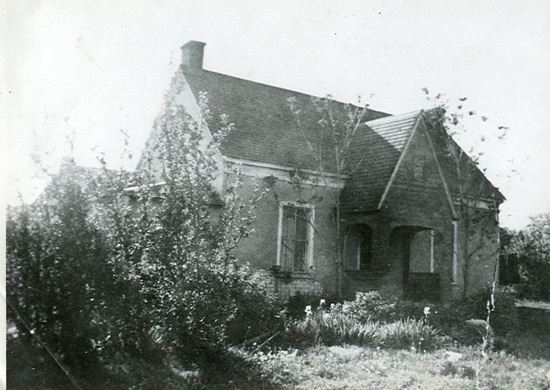 Another Geneva Steel worker arrived in Highland in 1943. Darrel had been living in Boulder City, Nevada, working as a blacksmith on the Hoover Dam and continued the same work at Geneva. Darrel was born in Provo, Utah August 26, 1900, to Mads and Melinda Baum Jorgensen and spent his early life there then his family moved to Logandale, Nevada.

Afton was born May 29, 1904, in Wallsburg, Utah to Robert and Alice Sophia Kerby Cook and they moved to Orem a year later. One year after that her mother died in childbirth so Afton was raised by her father and sisters. She graduated from Lincoln High School. She first met Darrel at a ward dance, but they both served missions-he to the Southern States and she to the Central States, before they married on April 10, 1929, in the Salt Lake Temple. They lived in Logandale where Darrel worked for his father on the family farm, then moved to Boulder City, then to Highland (Number 100 on the 1958 Highland map), as above. Darrel wanted to pursue his hobby of beekeeping but his swarms died the first year from some kind of poison. The farm was equipped to house 1500 to 2000 laying hens so with them and the other crops-hay, grain, strawberries, raspberries and a small orchard, along with his employment, he was kept very busy. 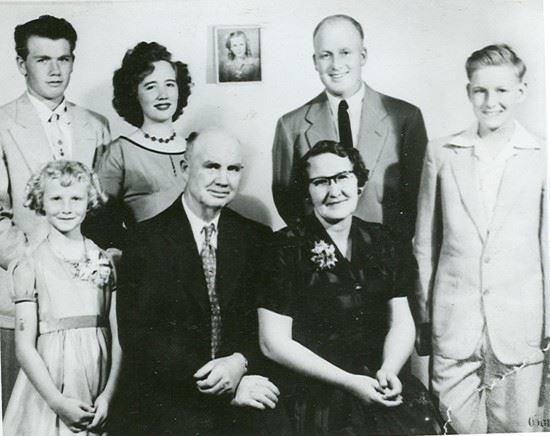 They had six children: Glenna Fae, Clive, EllaRee, Robert, Paul and Elva. On May 17, 1944, EllaRee, not yet eleven years old, died of rheumatic fever. Shortly after that Darrel quit his job and rented more ground to grow corn, peas and tomatoes for the Pleasant Grove Cannery. Then in 1946 he rented more ground in Benjamin where he and Clive lived for the summer raising a beautiful crop of celery. It was a bad year for celery and on the home farm the tomatoes froze early and the corn froze and the peas got to old before they could be harvested so they lost the farm and moved to Burley, Idaho on November 14, 1946. There he worked on his brother-in-law's farm, then a year later came back to Utah, built a home in American Fork from an Army barracks and worked at the Lark Silver Mine.

When they moved to Idaho their oldest daughter, Glenna Fae stayed in Highland with the Wayne Day family where she met and married Herman Buhler (q.v.)

Darrel was a High Priest and worked in the YMMIA and in the Sunday School. After many years of diabetes and following a stroke, Darrel died June 12, 1968 in American Fork. Afton pursued her hobbies and served in the Church of Jesus Christ of Latter-day Saints, her family and others. She died July 9, 1996 in American Fork. They are buried in the Orem City cemetery.