He was in Highland for the 1900 census with his mother Isabella McKenzie Miller. Charles Jr. was born in August, 1872, in Pennsylvania and in 1880 the family lived in Bingham, Utah. Charles never married and died at the age of 32, December 24, 1904 in Provo, Utah and is buried in the cemetery there. After his death, his parents claimed his estate which consisted of about twenty-seven acres of land near Provo, a horse, a cow, a wagon, a buggy, a steel range, a music box and etc. - total value $2211.

His mother, Isabella was married to Charles I. Miller (Sr.) and they had two children: Charles and Isabelle. Charles Sr. and Isabella both died the same day - August 1, 1905 - he of acute alcoholism and she, a few hours later, of peritonitis, just eight months after their son had passed. They are buried in the Evergreen Cemetery in Springville, Utah. After their deaths their estate was claimed by their daughter, Isabelle, and it was valued at $500.

This is another couple whose stay in Highland was brief. Erin was born February 25, 1900, in Richfield, Utah to John Joseneu and Annie Susanna Nelson Miller. Flora was born June 2, 1908, in Salem, Utah to George Edward and Christine Bergitte Olsen Hanks, a sister to Cornelia Gerber (q.v.). They were married April 22, 1925, and had four children: Wayne H, Roy H, Merlin H, and Dean H.

Their records came to Highland in 1932, the same time as the Gerber family, but it is unknown where they lived or for how long. In 1918 Erin was living in St. George and farming for his father. In 1930 and 1940 they were living in Salem. Erin died November 4, 1987, in Salem and Flora died July 22, 1993, also in Salem and they are buried in the Salem City Cemetery. 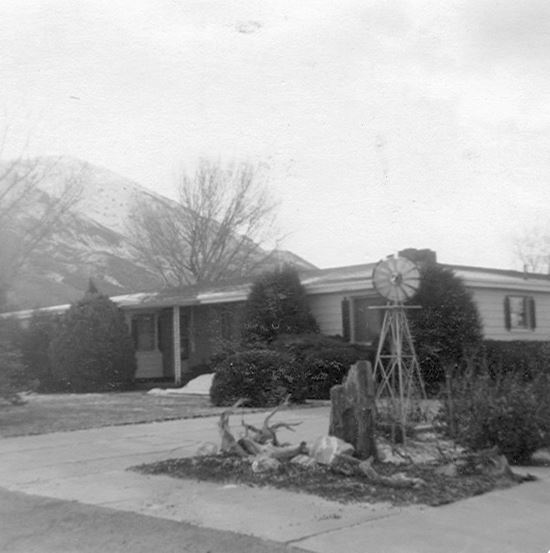 John was born January 10, 1923, in Emery, Utah to Charles H. and Marvella Winn Miller in a family of nine children. They moved to Salt Lake City in 1932 where he completed his schooling. In 1942 he joined the Armed Forces and saw combat in the Pacific.

Rosella was born October 11, 1928, in Paul, Idaho to Adolph and Mathilda Grimm Koch in a family of eight children. After High School she attended LDS Business College in Salt Lake City and that's where she met John in 1948. They were married on June 4, 1949, in Rupert, Idaho and had one child: Jeanne Marie. They lived in Salt Lake until April, 1950, when they purchased 20 acres in Highland and moved there (Number 54 on the 1958 Highland map). 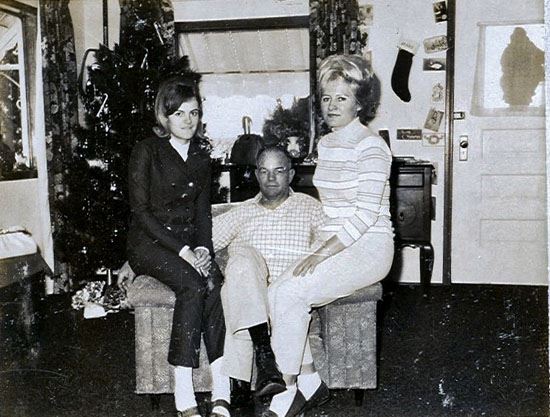 They have traveled extensively in the U. S, Canada, Mexico, South America, Hawaii and the Caribbean. John died May 29, 2010, and is buried in the American Fork City Cemetery. 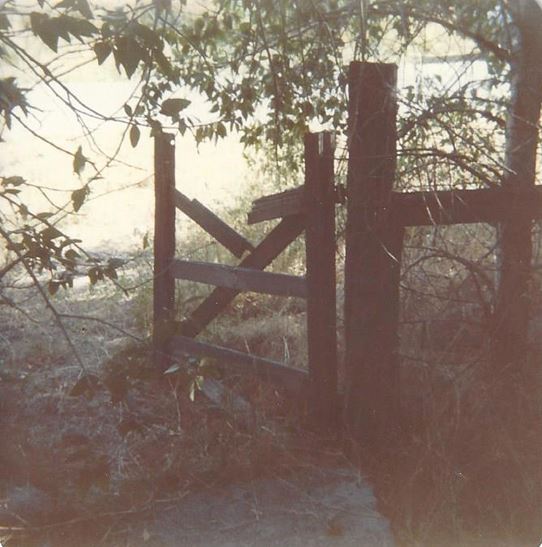 The Miller family traveled long distances before they settled in Highland but was an integral part of the community once they arrived. 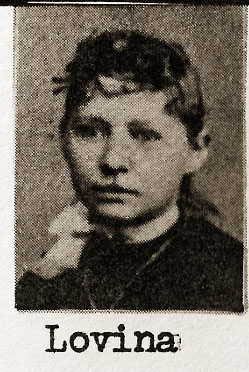 Martin was born in Mt. Pleasant, Utah Territory on December 17, 1868, to Martin and Christinia Peterson Miller. When he was three months old his family moved to Lehi, Utah where he grew up. In the spring of 1889 he had a job in Salt Lake working on a canal. Ephraim Williams was the contractor in charge and he had a daughter named Lavina and they soon met and were married July 3, 1892. Lavina was born August 15, 1872, in Mill Creek, Utah Territory to Ephraim Henry and Almira North Williams. 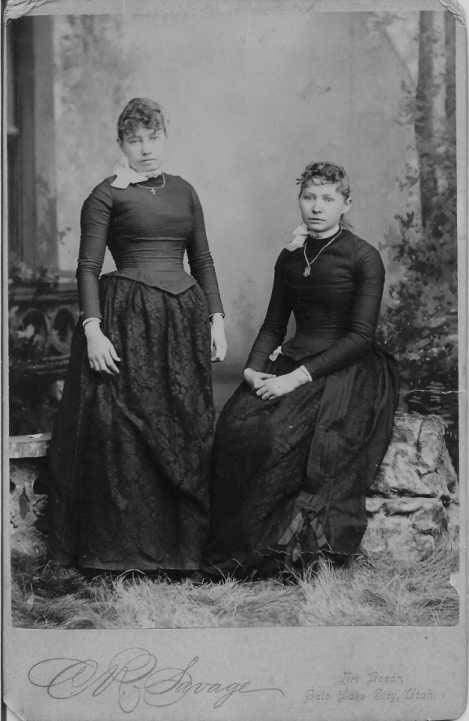 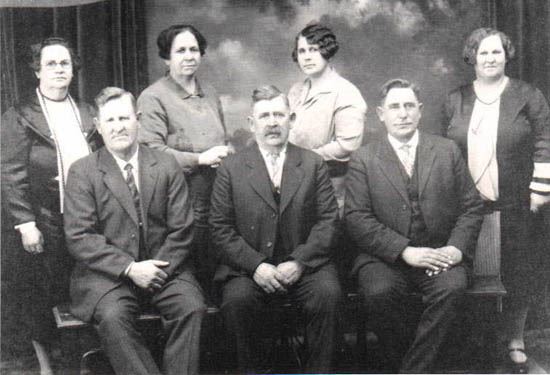 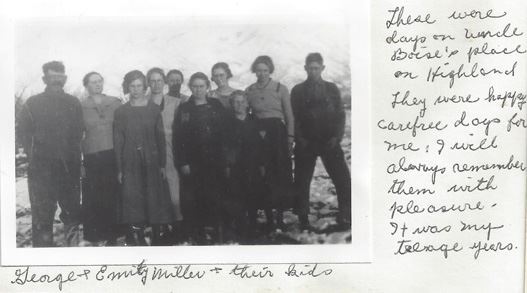 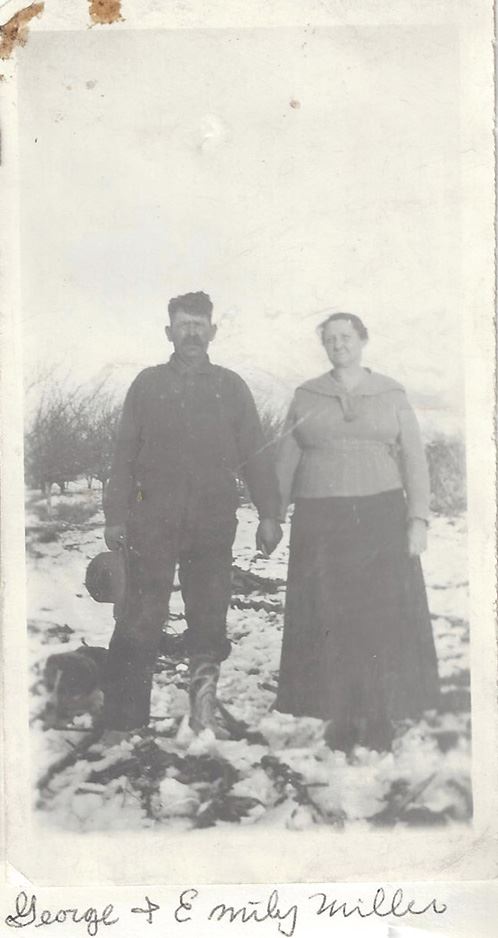 The couple lived in Lehi for their first ten years. By 1900, they had five children: Luetta, Fern, Jessie, Myra, and Eugene. Just after Eugene was born they all got whooping cough and Eugene died. After their next child, Maud, was born in 1901, they moved to Magrath, Alberta, Canada where the government had opened up land for homesteading. George, his father and brothers all took their families and went to take up land. They made the trip by train and it was the first such ride for them. There were many hardships, troubles and trials during their residence there. The winters were very cold and the wind swept the countryside across the open plain. They lived in a frame home outside of town with no insulation or inside walls and the nail heads on the inside would be coated with frost. The snow drifted to the tops of the fence posts and their neighbors were few and far between.

The summers were filled with hard work, weeding and thinning acres of sugar beets in long, long rows. Nights were memorable because of their aching, weary backs. One good thing about the summers was the celebrations: Dominion Day was July 1 and was comparable to our July 4th. There were many people there who had migrated from Lehi so they always had a Lehi reunion each spring. After one such celebration, as they were returning home, they saw a fire in the distance and soon discovered that it was their home, which burned to the ground destroying everything they owned except for the clothes they wore and a few quilts in the wagons. With help from the neighbors the men soon had a new home built in town and the neighbor women bought a bolt of black and white check cloth to make new dresses for the girls but all their records, certificates and lifetime treasures were gone. Ardella and Lloyd were born while they lived in Canada. 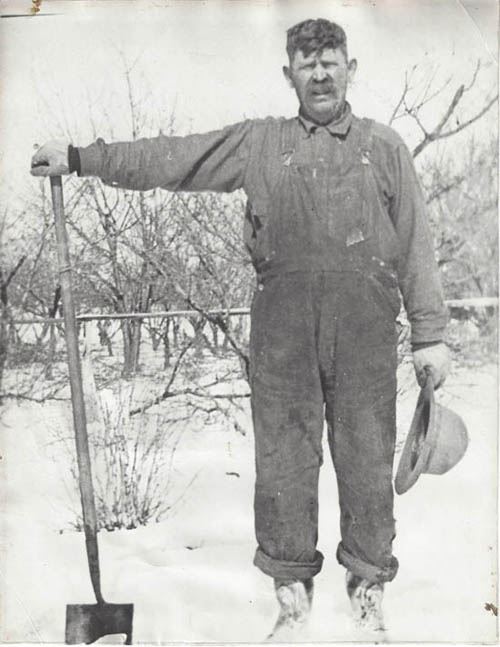 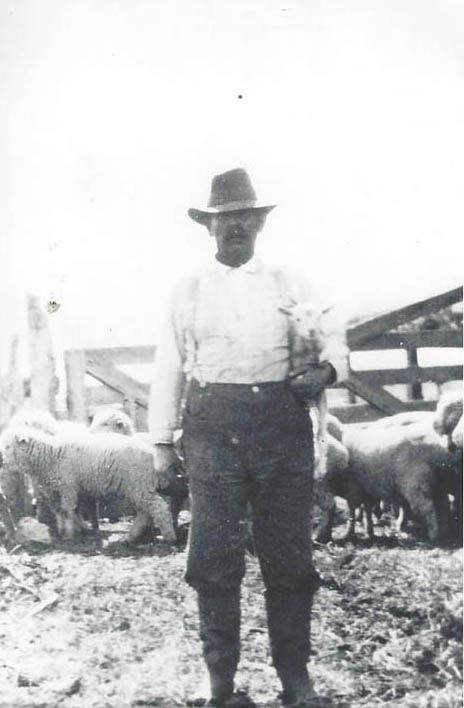 In 1910 they decided they'd had enough and moved to Salt Lake County, living in various places in Mill Creek and Holladay in the vicinity of Highland Drive and 3900 South. George went to work for the Salt Lake Brick Company. Their family had probably lived in the vicinity for a few decades as Orson F. Whitney in his "History of Utah" Vol. IV mentions that "Henry Wallace arrived in Salt Lake on October 5, 1862, and went to work for Levi North at Mill Creek making molasses". Levi North was Lavina's maternal grandfather. They attended the Winder Ward where Joseph A. Cornwall was the bishop. His son, J. Spencer, was the conductor of the Mormon Tabernacle Choir from 1935 - 57. The children attended the North School, named after Charles Addison North who was Lavina's uncle. The principal was Mr. Woodward, and one of their teachers was Lola North. They had cousins as classmates and their Grandfather and Grandmother, Ephraim Henry and Almira North Williams, lived nearby. The Cornwall children were also classmates-Claude, Ralph, Melvin and Douglas. Ruby, Grant and John were born while they lived in Salt Lake and Grant died at one year and John died at birth. 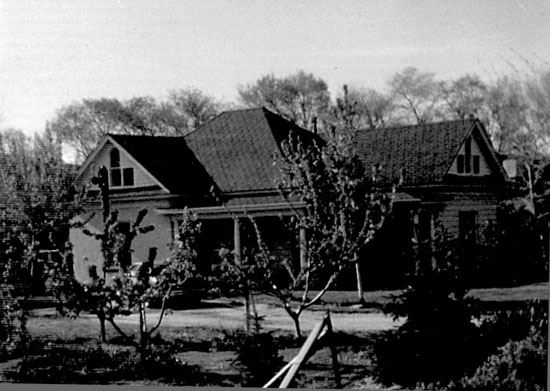 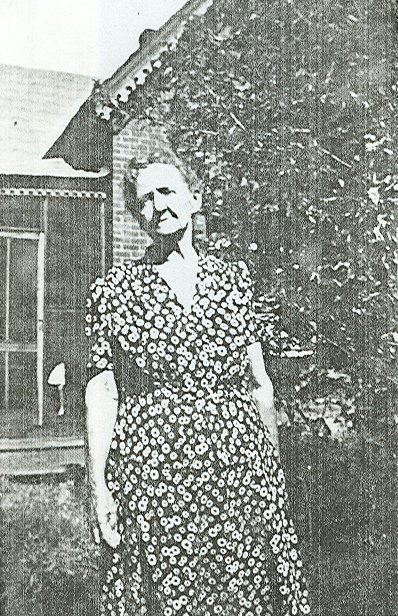 In 1915 Luetta was working for her Aunt Emma Wells in Highland and met and married Charlie Parker who worked on the farm. They lived there (Number 76 on the 1958 Highland map) and managed the farm for Uncle Boise. They had two children then in 1918 Charlie was stricken with the flu and died. Martin then moved his family down to manage the farm and Luetta lived with them. After a few years they bought a ten acre farm further east (Number 46 on the 1958 Highland map) and lived there until 1934, when they moved to American Fork. Emily served as Relief Society President for five years (see picture), 1922 - 27, with Etta Greenwood and Maria Jerling as counselors and Cressie Greenland as secretary. George battled with cancer for a while and succumbed to it April 9, 1937. Maud and Clarence Greenland both lost their fathers in a five-month period. Emily moved back to Highland for a while then moved next to her daughter, Luetta in Lehi. When Luetta died in 1961, Emily moved in with her daughter, Myra in American Fork where she died April 13, 1962. Martin and Emily are buried in the Lehi City Cemetery. 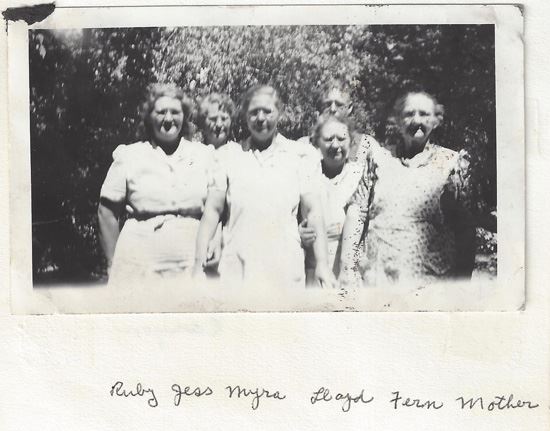 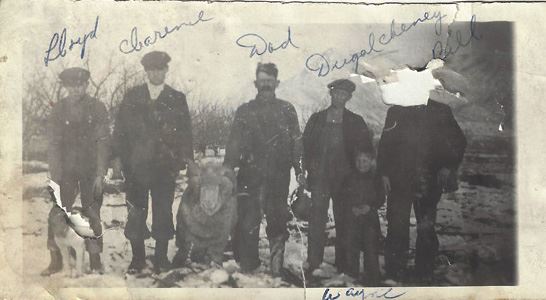 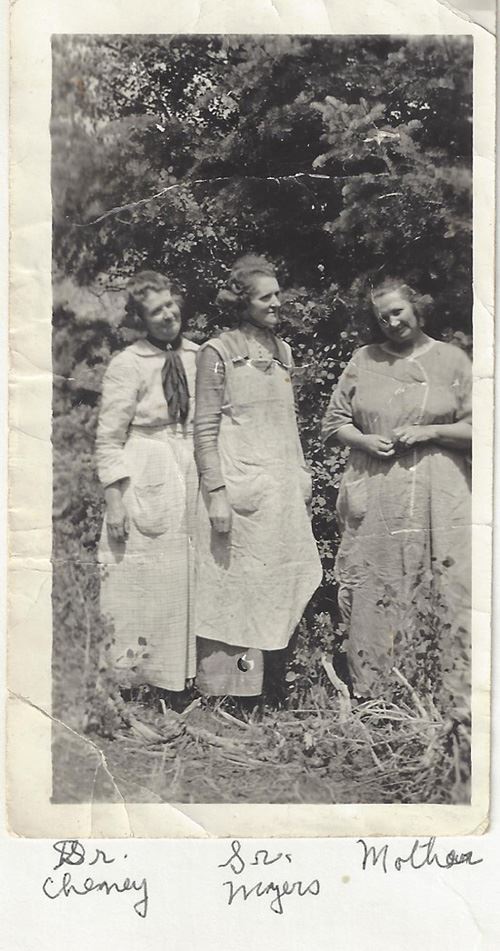 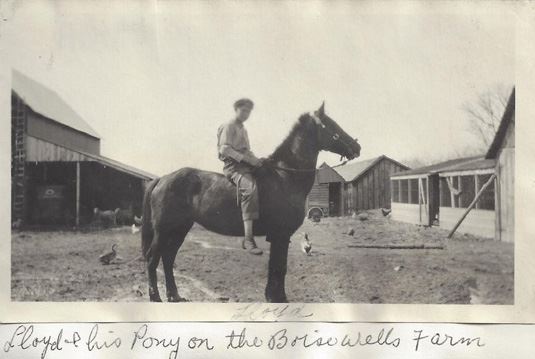 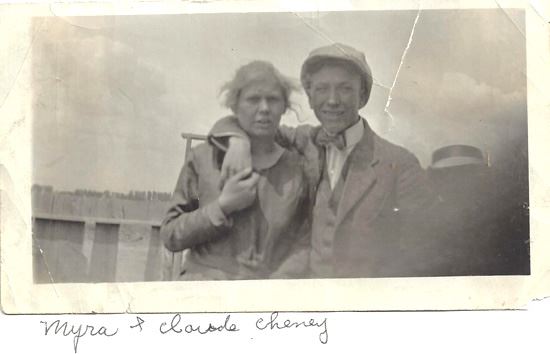 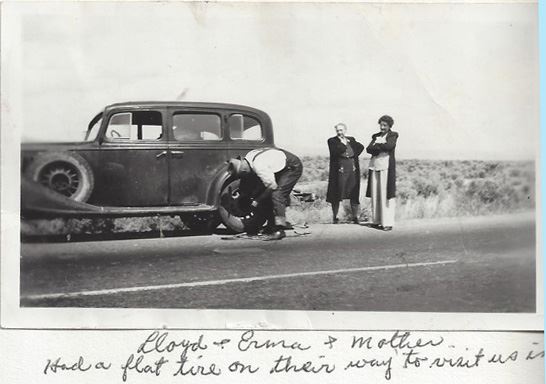 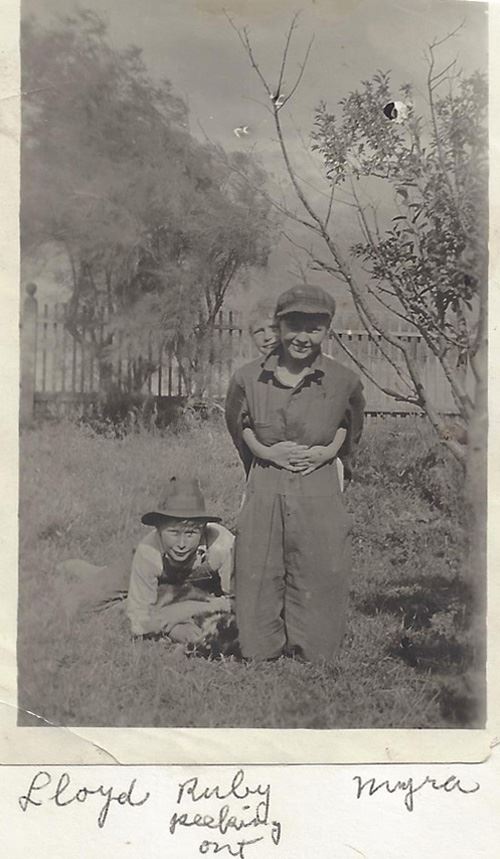 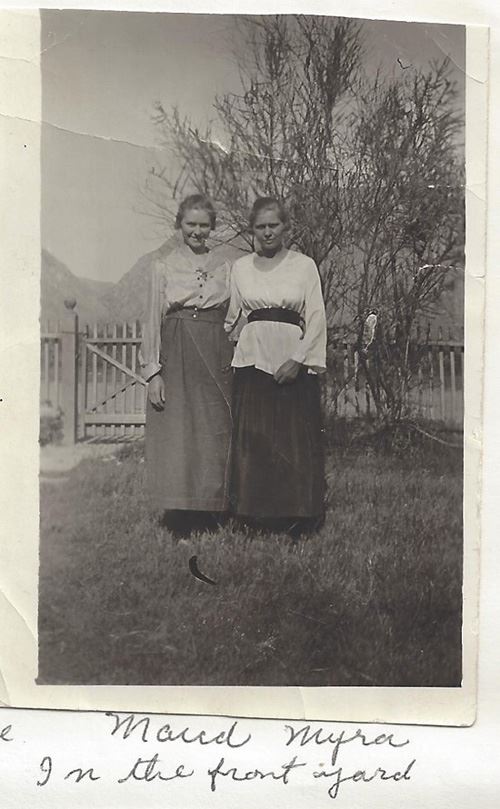 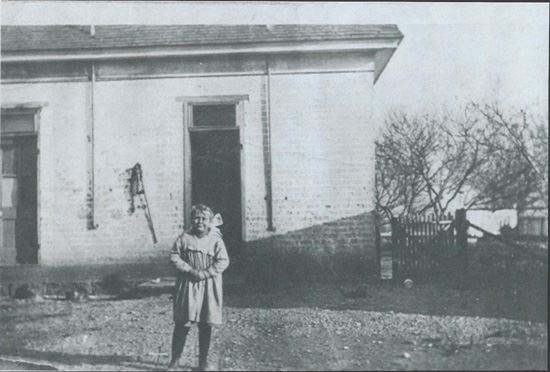 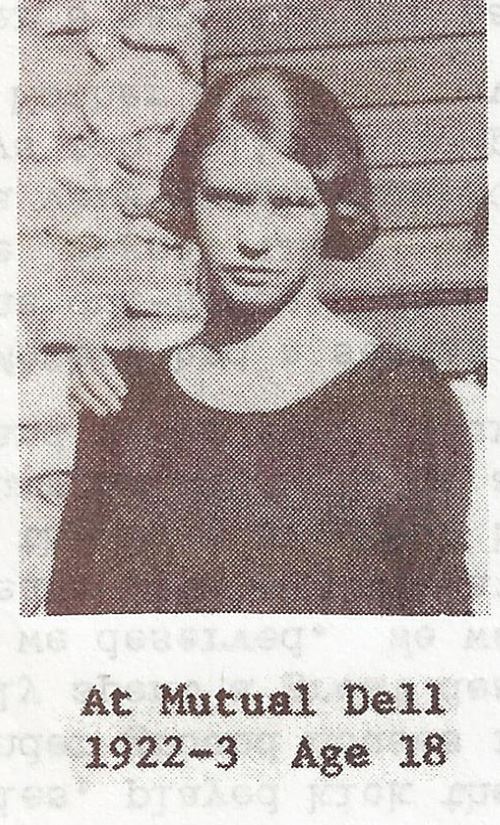 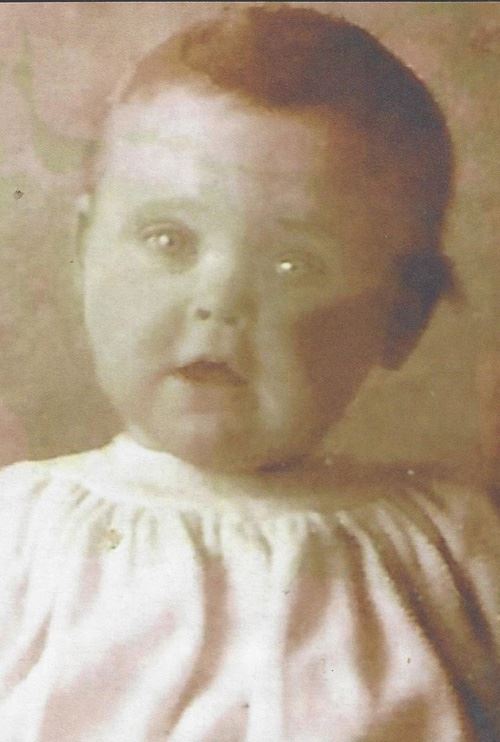 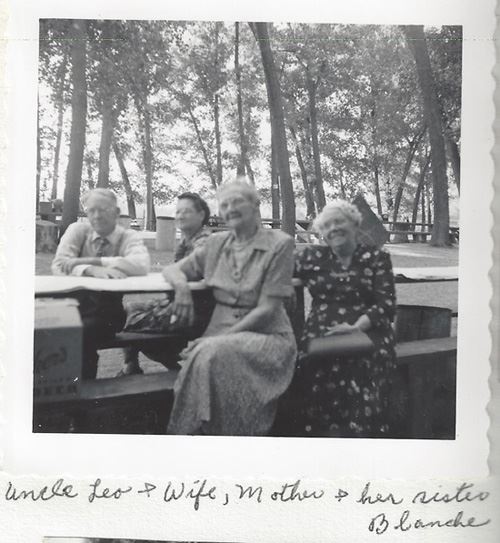 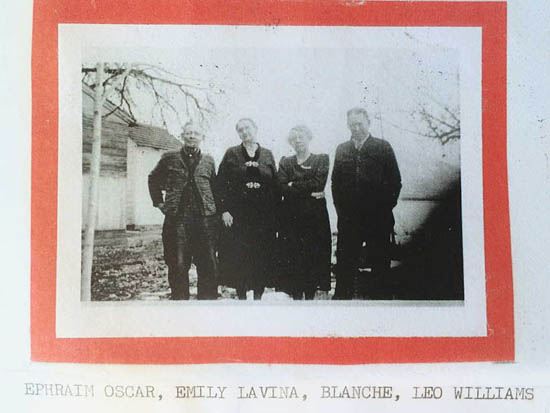 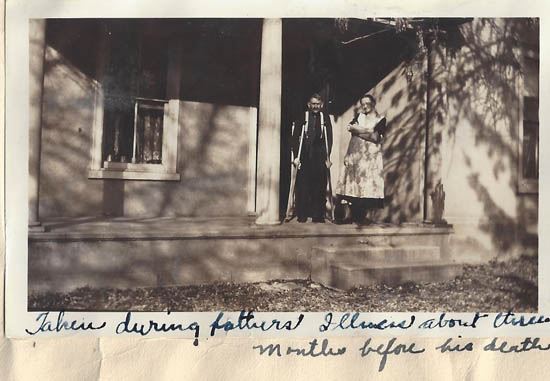 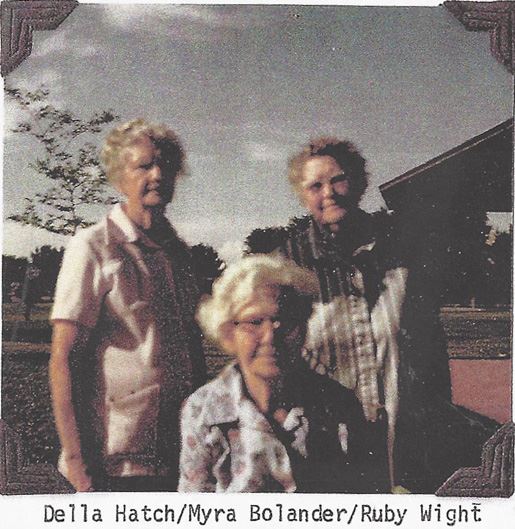