Stephen, with his family, crossed the plains in a handcart company in 1856. In 1858 they moved to Alpine. Stephen, who was 17, went to work for a livestock company driving cattle to Oregon. He loved the northwest and stayed there for 12 years. His parents didn't hear from him for 9 years and feared he was dead, but he finally returned in 1870. He married Mary Ann Kelly in January of 1871 and in the spring of 1874 became the one of the earliest family's to move to Highland. They built their home (approximately Number 31A on the 1958 Highland map) near Dry Creek on 160 acres in the south half of section 26. 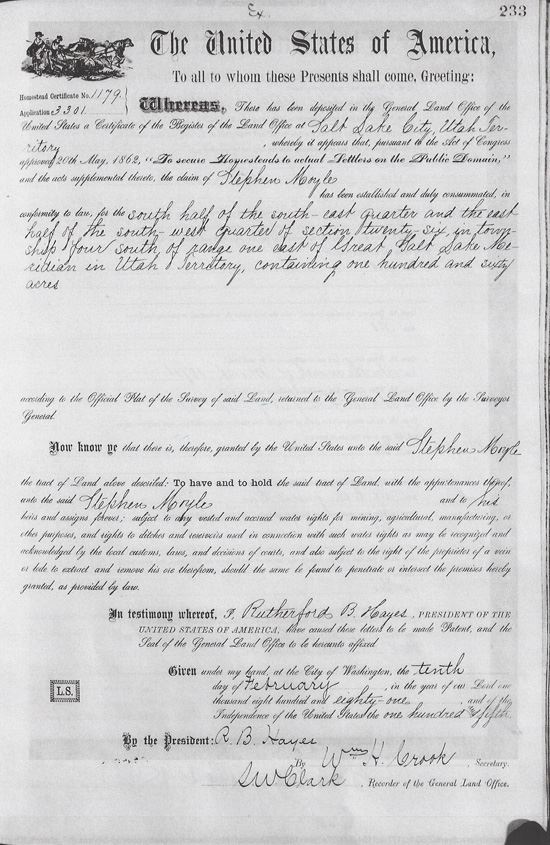 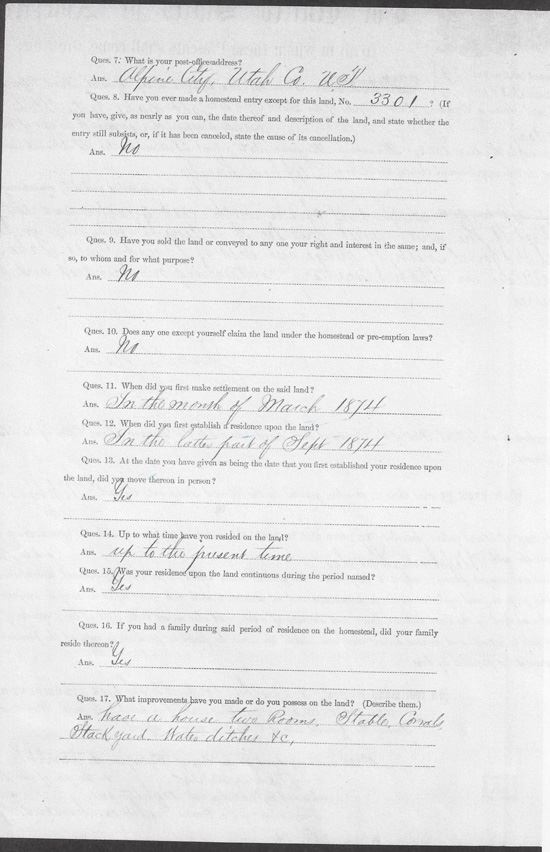 In May, 1874, he and some family and friends began to dig the first irrigation ditches in Highland. That same spring he cleared 17 acres of his land and planted wheat, corn and potatoes. He became a very successful farmer and the tax records of 1878 show him to be the wealthiest man in Highland.

They had 3 children but apparently 2 of them died very young and Mary Ann died in Jan, 1879, of unknown causes. One year later he married Alice Greenwood Moyle, widow of his younger brother, Alfred. They moved to Alpine for a time during which they had 6 children, then built a new home on the north side of Dry Creek (the first home had burnt down). There they added 2 more children but, tragically, 2 of their children died. The youngest, when 2 years old (1896) fell into Bull River and drowned.

On June 26, 1893, Highland was granted a voting precinct by Utah County Court and School District. Stephen Moyle was appointed a trustee.

That Stephen Moyle was a great asset to Highland and was aware of its' great potential is shown in his fierce determination to get water rights. For his fight against Lehi's claims to all the water he was excommunicated from the Church saying, "they can cut me off from my Church, but they can't cut me off from my God." Later, after he was reinstated in the Church he prophesied that "It is only a matter of time when this Bench will become a very desirable place to live."

He had planned to retire to American Fork but died in 1901, before that took place. His wife did move there after his death and died there in 1918.