Anders was born June 15, 1839, at Raskerum, St. Olof, Kristianstad, Sweden to Per and Carrie Nielson. (Jo)Hanna(h) was born February 20, 1840, in Fjelie, Sweden to Swen Palm and Elna Mansson Larsson. In 1853 Anders migrated to Denmark. They were married March 21, 1862, in Gylling, Aarhus, Denmark. They appear in the 1870 and 1880 Danish census with three, then six children. In Denmark his occupation was railroad contractor. They converted to the Church of Jesus Christ of Latter-day Saints in 1891 and Anders was a branch president in Itshoe, Germany for two years before his immigration to the U.S. in 1893. He sailed from Antwerp on April 5, 1893 and she arrived from Liverpool on April 17, 1893. They had at least seven children: Karoline Johanne, Niels Anders (q.v.), Anne Kristine, Maria, Karl, Mathilda, and Carl Valdemar Rex. It is unknown how long they lived in Highland, but is thought they lived at (Number 96 on the 1958 Highland map).

On September 1, 1906, Anders and his son, Neils received their U.S. citizenship in Provo. They were accompanied by Lem Francis (q.v.) who was married to Anders' daughter, Mathilda. Anders last name is shown as Pehrsson on his citizenship papers. In the 1910 census they were in the unincorporated area of American Fork and their grandson, Carl A, age 27, was living with them. Anders filled a mission to Sweden in 1909 - 11. His passport was dated November 29, 1909, and a Canadian passenger list shows his return arrival at Quebec from Liverpool on October 20, 1911, aboard the "Virginia". 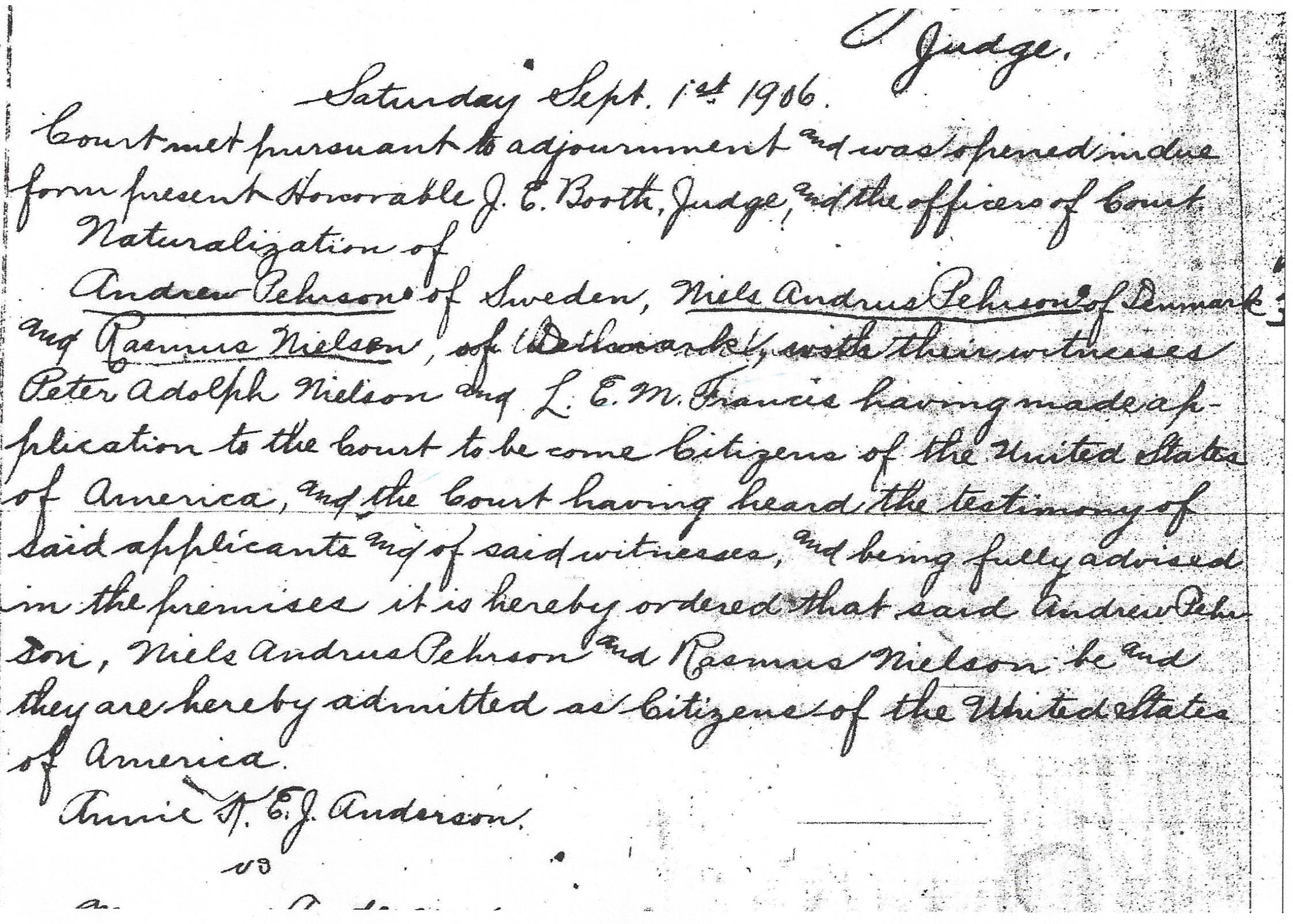 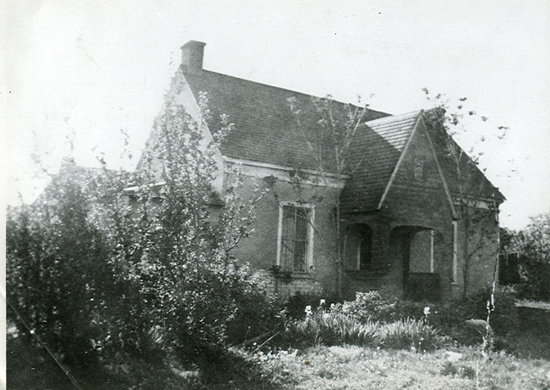 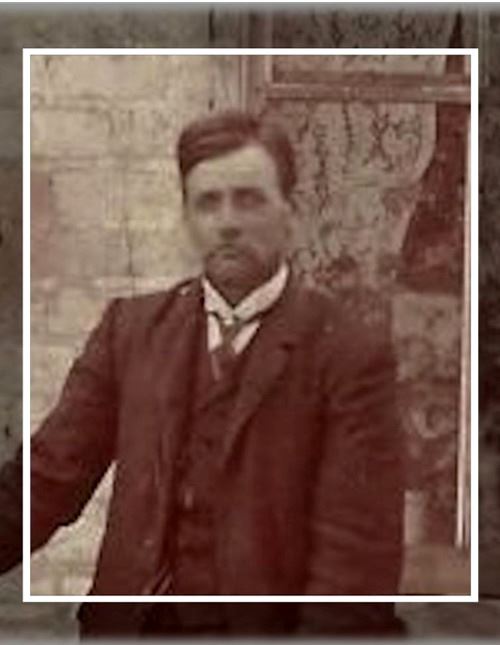 They later moved to Kaysville, Utah and Niels was called from there to serve a mission to Denmark from April, 1924 to January, 1925 (He was set apart for his mission by J Golden Kimball).

Niels passed away August 9, 1938, in Kaysville. Anna followed on April 11, 1947, also in Kaysville. They are buried in the American Fork City Cemetery.