They had five children: Leslie, Earl Adolph, Charlotte, Clifford Ray, and Bert Kenneth. Leslie and Earl were twins and apparently Leslie died at birth or soon after and Earl died before his eighth birthday. Charlotte married young then died at 24 years of age. When their records arrived in Highland in 1932 only the two young boys were listed. Clifford would have been thirteen and Bert seven years old. It is not known how long they lived here but their names were mentioned in a number of places in other histories.

Adolph died September 19, 1952, in Salt Lake City. Mary married a Mr. Black and she died October 27, 1982, in Garland, Texas. They are buried in Wasatch Lawn Memorial Park in Salt Lake. 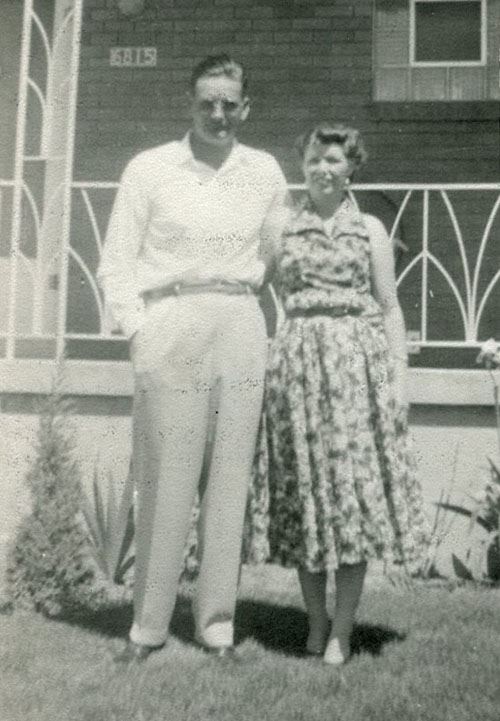 Clifford was born January 27, 1919, in Salt Lake City to Adolph and Mary Christina Kelly Rasmussen (q.v.). Virginia was born April 5, 1921, in Lehi, Utah to John F. and Victoria Colledge Jackson. They were married May 27, 1939, in Salt Lake, later sealed in the Salt Lake Temple. Clifford was drafted into the Navy January 5, 1944, and discharged December 28, 1945. They had four children: 2 daughters who died at birth, Ray Clifford and Roy Reed. It is unknown when or where they lived in Highland. They lived in Salt Lake City in 1940 and lived in Pleasant Grove for a while. Virginia died August 28, 1988, in Bountiful and Clifford died June 9, 2002. They are buried in the Larkin Sunset Gardens Cemetery.