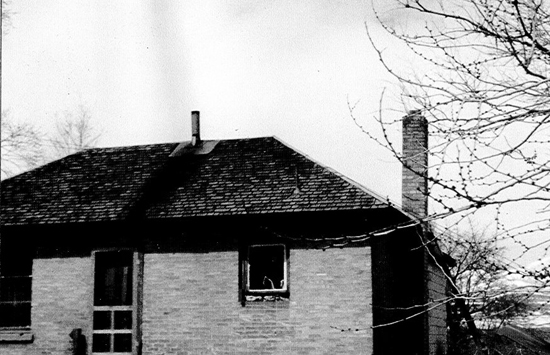 Their records came to Highland in 1928 but both of them had earlier connections. Clarence was born June 6, 1901, in Cache County, Utah to Samuel and Eugenia Roundy (q.v.) who later came to Highland. Nora was born in Sedgwick, Arkansas as Nora Agnes Leonard to Joseph and Elizabeth Blandford Leonard and on March 20, 1914, her name was changed when she was adopted by Otis Theodore and Mabel L. Madsen Cheney. Otis was the son of Peter and Keziah Cheney (q.v.) who lived in Highland. Clarence and Nora were married November 5, 1924, and had four children: Nora Lozina, Edna Fay, Melvin Clarence, and Joy Elizabeth.

It is not known where or how long they lived in Highland but in 1930 they were in Salt Lake City and in 1935 they were in Fielding, Cache County, Utah, then in 1940 were living in American Fork. When Clarence registered for the WWII draft in 1942 he was living in American Fork. Clarence died March 20, 1993, in Cache and Nora died May 6, 1999, in Orem. They are buried in the Orem City Cemetery and on her headstone Nora is listed as Nora Leonard.

Heber was born August 22, 1875, in Kanarraville, Utah Territory to Lorenzo Wesley and his third wife, Pricilla Parrish Roundy. His father was the first bishop of Kanarraville and his grandfather was Shadrack Roundy, a close associate with Brigham Young. His father drowned in the Colorado River when Heber was but nine months old. When he was twenty he married Elizabeth Pollack, daughter of Samuel Josiah and Catherine Amelia Mulliner Pollack who was born June 6, 1878. She died of a tumor on July 24, 1904, without having children.

Elizabeth Frost was born May 10, 1889, in Snowflake, Arizona to Allen and Thankful Amelia Crosby Frost. She and Heber were married September 27, 1909, and they had eleven children: Donna, Laura, Elizabeth, Genevieve, Garth, Cherole (Cheryl), Paul, Phyllis, Mildred, Enid, and JoAnna. JoAnna was the only one born in Highland. 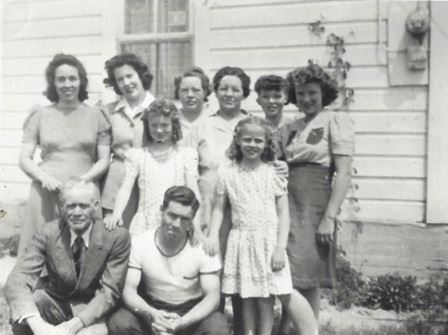 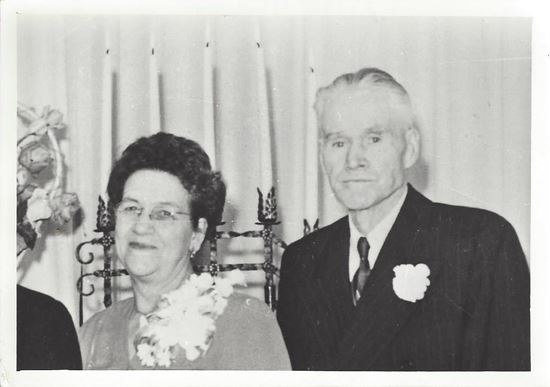 They moved to Highland (Number 23 on the 1958 Highland map) in early 1930 and since Heber was suffering from rheumatism, his son-in-law, Freal Stratton (q.v.), did most of the farming. They lived there for one year then moved to the "Old Smith Home" (Number 24 on the 1958 Highland map) where JoAnna was born. In 1933 they moved to Manila. Heber was a good farmer, husband and father; Elizabeth was a great seamstress, wife, mother and homemaker. Heber died August 26, 1953, in Provo and Elizabeth died April 7, 1957, in American Fork. They are buried in the American Fork City Cemetery.

Hyrum was born December 16, 1895, in New Harmony to Samuel H. and Eugenia Elmira Taylor Roundy (q.v.). Mary Ann was born May 11, 1900, in Scofield, Utah to Porter Willard and Dorothy Ann Metcalf Price. They were married October 17, 1917, and lived in Highland for a short time (place unknown). Their first child, Hyrum Waldo was born in Highland on September 17, 1918. They had eight other children: LaMar, Raymond, Wanda, Mary, Glen, Bruce, Maylin, and Shirlene, all born in various cities in Utah. Hyrum died January 1, 1940, in the Veterans Hospital in Salt Lake City and Mary Ann died July 24, 1975, and they are buried in the American Fork City Cemetery.

Loren was born January 14, 1909, in Venice, Utah to Myron Shadrach and Edna Josephine Merrill Roundy. Mary was born July 27, 1908, in Centerfield, Utah to Andrew and Othillia Nielson Fredrickson. They were married March 18, 1930, in Heber City, Utah and came to Highland in 1937. They had three children: Jay Loren, David Andrew, and Ila Rae. In the 1940 census they were in Provo and that same year he registered for the draft. Loren died September 24, 1981, in Provo and Mary died July 27, 2002, in Salt Lake City. They are buried in the Provo City Cemetery.

Samuel was the elder brother of Heber Lorenzo Roundy (q.v. for more details) and lived in Highland at the time of the 1920 census. He was a son of Lorenzo Wesley and his third wife, Priscilla Parrish Roundy, born in Centerville, Utah December 24, 1862. Eugenia was born November 1, 1866, to William W and Julia A. Taylor. They were married in 1884 in St. George, Utah. They lived in Benson, Cache County, and Mapleton, Utah County before moving to Highland. They had eleven children: William Lorenzo (q.v.), Florance M, Samuel Edmond, Louis L, Julia P, Hyrum Waldo (q.v.), Josephine, Ester Irene, Clarence, Viola E, and Leonard. Eugenia died January 13, 1926, in Spanish Fork and Samuel died May 22, 1940, in Price, Utah while a resident of American Fork. They are buried in the Spanish Fork Cemetery. 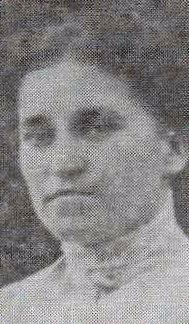 William was the third superintendent of the Sunday School after the ward was organized, serving in that capacity in 1922 - 1923. William was also a son of Samuel and Eugenia Roundy (q.v.) and was born November 15, 1884, in Kanarraville, Utah. Jane was born December 6, 1888, in Utah to Rees D. and Jane James. They were married May 19, 1909, and were living in Highland in 1920 and 1930. They had five children: Reese William, Samuel Edwin, J. Bernell, Reba and Darrell K. By 1940 they were living in Fielding and William was working at the sugar factory in Garland. Jane died December 19, 1967, in Spanish Fork and William died July 16, 1976. They are buried in the Spanish Fork Cemetery.