They were in Highland in the 1900 census, recorded as living between Peter Beck and Peter Smith. William was born October 14, 1853, in Salt Lake City to William Thomas and Catherine Tabitha Hendricks Van Noy. His father had three wives and William was the oldest of his 27 children. Abigail was born January 11, 1857, in Salt Lake City, Utah to Stillman and Abigail Thomas Thorn Pond.

Stillman Pond was well-known as one who suffered great losses while crossing the plains - losing his wife and nine children on the trek. He married five wives and Abigail Thorn was his fourth. (His story is told in February, 2006, Ensign by James E Faust in an article titled, "Refined in Our Trials"). 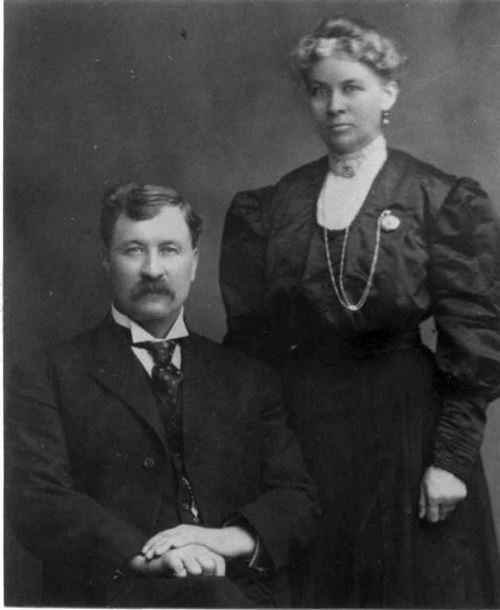 William and Abigail were married January 13, 1876, in Salt Lake City and were living in Richmond, Cache County, Utah at the 1880 census.

In Highland they were parents of five children: William Clarence, Bertrice Rose, Catherine LaVerna, Leonora Abigail, and Zaila Adeline. William Clarence was married and living with his wife Adelaide. William was in the Sunday School Superintendency in 1901 - 1903 and his daughter, Leonora was secretary from 1902 - 05. She was also a Sunday School teacher during the same period. By 1910 they had moved to Salt Lake City. They later moved to Los Angeles, California where they both died - Abigail on January 13, 1934, and William December 1, 1936. They are buried at Forest Lawn in Los Angeles, California.