Lester was born August 8, 1895, in Coyote (later changed to Antimony), Utah Territory to David T. and Elizabeth Ann King Ross. Part of his story has been told elsewhere in "The Three Bar Dairy" by David K. Larsen (q.v.). 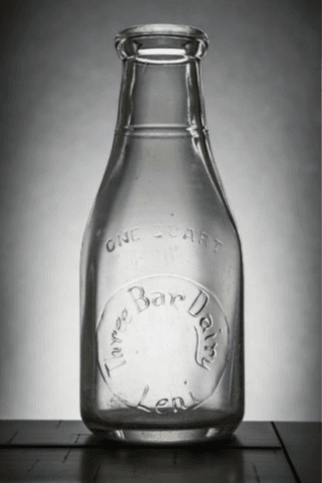 was born March 14, 1900, in Spring City, Utah to Daniel Wells and Eunice Diantha Nielsen Larsen. They were married March 19, 1919, in the Manti Temple and shortly thereafter began working with her father and brother Linel, creating the Three Bar Dairy. Lester was in charge of the cows and farm in Highland and the others took care of the processing, sales and distribution. Lester and Eudora built a home on the farm (Number 92 on the 1958 Highland map) and had six children: LeR Lester, Athol Daniel, Earl, Donna Geniel, Reva, and Boyd John.

Lester's duties at the dairy increased when his father-in-law died in 1934, then in 1938 he fell from a haystack and succumbed to his injuries on March 12. The Three Bar Dairy didn't last many years after that, mostly due to economic conditions. I remember that the hay derrick they built at approx 6500 W 10000 N was still standing in the 1950s.